The general theme and title of the conference will be “key concepts in times of crisis”. The study of historical change through the formation of key concepts is at the core of conceptual history. Concepts can acquire the status as central within the political and social vocabulary through long historical processes. The modern concept of democracy emerged with the French revolution of 1789 and became central to ideologies and political languages in the latter part of the 19th century. The concept of crisis took shape in the 18th century and became central to the understanding of politics and economy in the 19th century. The study of changes through the emergence of key concepts is underpinned by a sophisticated theory of historical time and temporality. On one hand, concepts are layered in time. They carry with them older meanings that can be activated in the present.

The organizers welcome proposals for panels or papers that look at conceptual change in situations of growing risks, crisis or even catastrophe and focus on the semantic and social changes which lead to conceptual innovation. Proposals could address different forms of crises such as for instance

The political crisis caused by feelings of deficit, instability or injustice
The economic and financial crises leading to the erosion of social cohesion
The crisis of insecurity linked to the lack of international order
The crisis of identity within multicultural societies
The crisis of survival related to climate change.

Please send your proposals to conceptualhistory@cas.au.dk.

The deadline for sending in proposals is the 31st May 2016 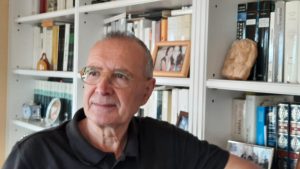